“Our new policy in Iraq, Syria and the surrounding region reflects what Canada is all about: defending our interests alongside our allies, and working constructively with local partners to build real solutions that will last.”

Prime Minister Trudeau (R) with the minister of International Development (L). The ministers of Defence and Foreign Affairs are not visible in this edition. Photo credit: Government of Canada.

These words were spoken by Canadian Prime Minister Justin Trudeau on February 8, 2016. Flanked by the Ministers of Defence, Foreign Affairs and International Development, Trudeau sought to reshape Canada’s involvement in Syria and Iraq—or at least re-shape the messaging of Canadian foreign policy.

Canada’s current involvement in the Global Coalition fighting against ISIS in Syria and Iraq is set to expire on March 31, 2017. Speculation is abounding: Will Canada extend its mission? If so, what will the mission look like? What will the messaging be?

The current context of Iraq and Syria calls for urgent action. There are millions of internally displaced peoples, ongoing strikes including in Mosul; the continued targeting of Yezidis and other vulnerable minority groups; and destruction such as we have seen in Aleppo.

On February 8, 2016, when Trudeau launched Canada’s revised mission, he emphasized integrated government programming to the tune of $1.6 billion over three years. While the Canadian military would still have a significant role, the vast majority of funds was earmarked for humanitarian response and long term development, $840 million and $270 million respectively. The termination of direct participation in airstrikes was arguably the most significant shift.

Military action, on the contrary, was the priority the previous government emphasized above all others. This included airstrikes, but also the arming and training of non-state actors like the Iraqi Kurdish Peshmerga. Of course, humanitarianism was also a significant part of the previous government’s mission; Iraq was named a partner country for long term development in 2014. But the need to protect Canadians and the world from “imminent” terrorist threats through military efforts took centre stage.

MCC Canada wrote twice to the Harper Government on Canada’s mission—at the beginning, in October of 2014, and during the first renewal in March of 2015.  Our most significant concern was Canada’s involvement in airstrikes. In 2015 we wrote:

“[N]ot only will air strikes in Iraq and Syria fail to address the deep-rooted ethnic and religious divisions underlying the present violence, but they will exacerbate existing—or create new—economic, social, and political grievances.”

But did things really change under Trudeau?

One glance at Operation Impact’s website, the official government website on the military part of Canada’s ongoing mission, shows the continuing flight missions, or sorties as they are called, of Canadian aircraft. Since February 2016 Canadian fighter jets have not conducted direct airstrikes, but they have continued to regularly participate in refueling and reconnaissance missions. Though not directly striking, Canadian aircraft are gathering intelligence and refueling other aircraft for the purpose of carrying out airstrikes.

In other words, the impact of airstrikes has not lessened because Canada is not directly participating. In an MCC letter following the launch of the revised mission in February 2016, MCC again lamented the devastating impacts of airstrikes to destroy life, and vital health and education infrastructure, leaving cities “virtually uninhabitable and fueling massive displacement.”

A final point of contention is the arming of fighters in the region, particularly non-state actors, and the consequences and complexities of this. This question has come up time and time again—from Afghanistan to Libya and now Iraq, particularly with the Iraqi Kurdish Peshmerga. Canada, under Trudeau, has continued to arm state and Kurdish forces.

What happens when the “official” fighting is over? What about the demands of these different groups—and what about the dynamics with other groups in the area? In the case of the Iraqi Kurds, how will arming these groups impact, for good or ill, a unified government in Iraq? A unified and functional government is essential for long term sustainable development. The question is, will providing arms to the Kurds help create this functionality? Or will it continue to destabilize the region? Will it lead to more bloodshed?

In addition, the arming of the Iraqi forces has also raised alarm bells, as both the government forces and minority armed groups have been implicated in violations of human rights.

MCC supports this kindergarten in Iraq for children displaced from their homes by the conflicts. MCC photo/Kaitlin Heatwole

MCC Canada raised this issue in the first letter to the Trudeau government on this mission and it was the main subject of the most recent letter, from February 2017:

“Training and weapons transfers from the international community are counterproductive to building a unified Iraq in that they are fueling sectarian divisions at the political level and amongst minority groups; contributing to human rights and laws-of-war violations; and further destabilizing the country.”

Where does this complicated situation leave us?

As the Canadian government considers possible renewal of its mission in Iraq and Syria, one lesson we can surely take is this: It is important to look far beyond the messaging of government.  We need to think critically about government actions and their impacts on the region. It may be cliché, but on this and any other government policy, despite what is said we need to adopt that all-critical perspective. Actions speak louder than words. 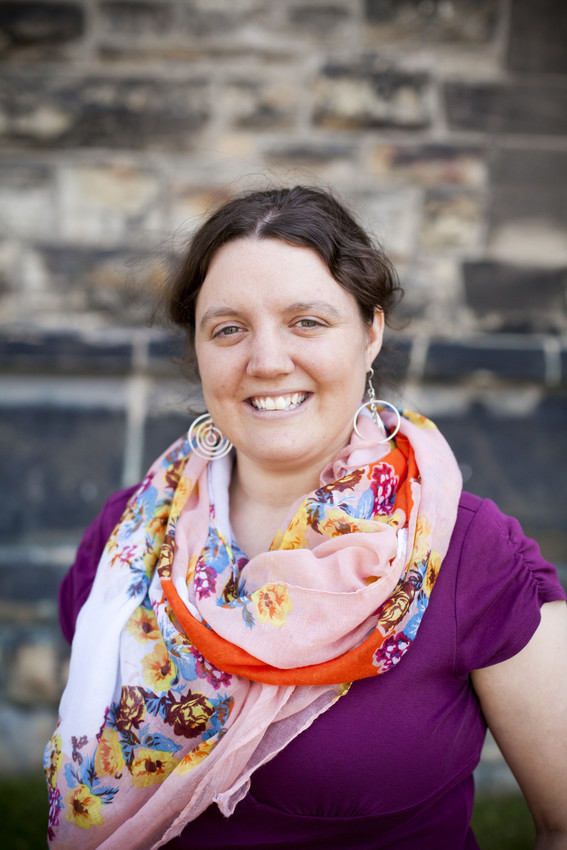