This month—July—marks the start of when the Israeli government could move to formally annex parts of the West Bank, with the support of the Trump administration. Annexation would codify Israel’s ever-increasing control over the West Bank and make life even more difficult for Palestinians, who would lose access to land and basic rights. 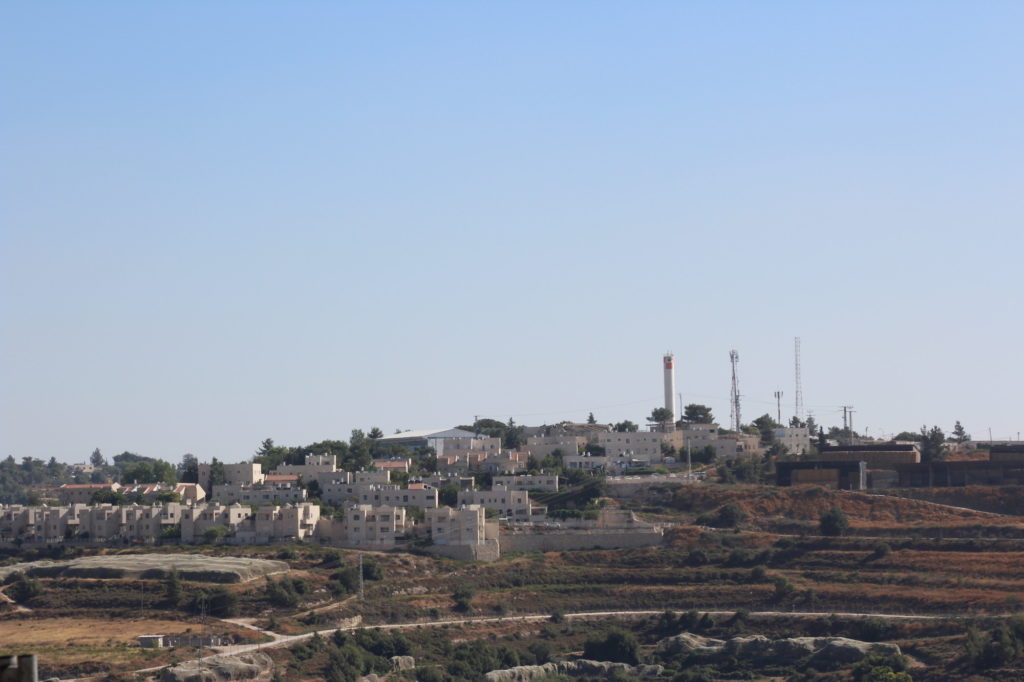 Part of the Gush Etzion bloc of Israeli settlements near Bethlehem in the West Bank, Palestine. MCC photo/Emily Loewen.

The responses from Members of Congress have varied. Some support the administration’s position, while others are working to ensure U.S. money is not used to implement annexation. Here’s a summary of what is happening.

On the House side:

And in the Senate:

In early June, U.S. Christian leaders said Israeli annexation would be “an act of aggression, not a step for peace,” as the Trump administration has framed it. The leaders called on Congress “to wield its power of the purse and not allow any United States funds provided to Israel to be used for the recognition, facilitation or support of annexation, or for denial of Palestinian rights and violation of international law, including continuing occupation.”

The leaders went on to say, “Respect for human rights, compliance with international law, and achievement of peace with justice is essential not only for the security and wellbeing of Palestinians, but for that of Israelis as well.”

As this matter is debated, please ask your members of Congress to ensure that U.S. funds are not used to carry out unjust practices such as annexation and to uphold the rights of Palestinians and Israelis alike.