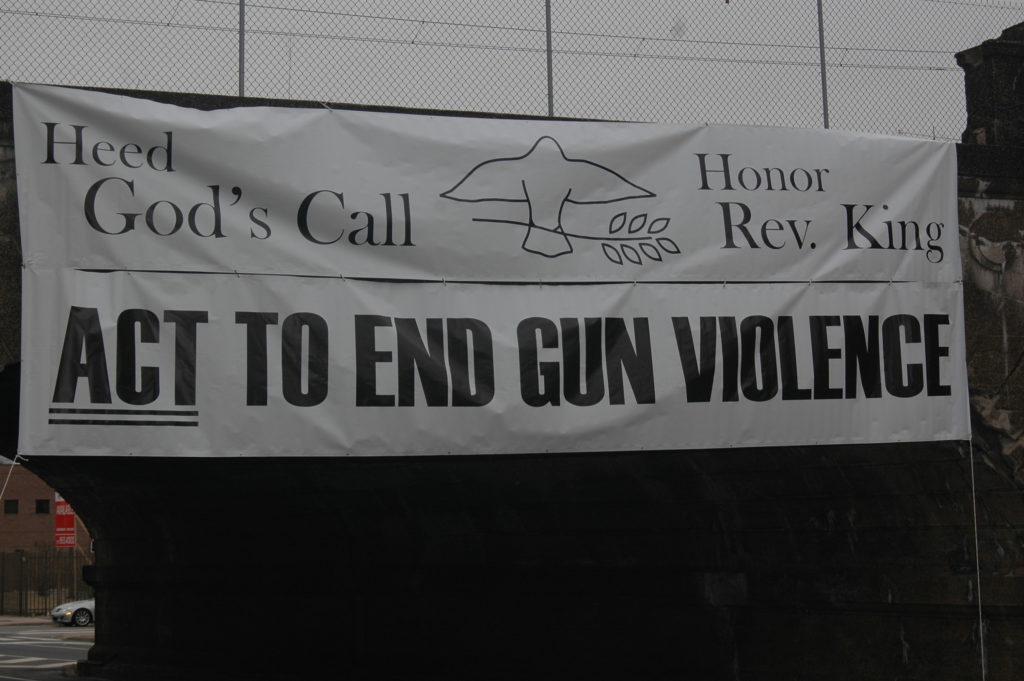 MCC supports Anabaptist churches as they speak out about the great cost of gun violence in their communities and seek to prevent it. Photo courtesy of Kemah C. Washington

More people in the United States die from gun violence than HIV, Parkinson’s disease, malnutrition, hypertension and other medical conditions, but gun violence receives less funding for research. Medical professionals have been advocating for funding that would empower the Centers for Disease Control and Prevention and National Institutes of Health to research gun violence as a public health crisis.

Treating gun violence like a public health crisis would involve a multi-pronged approach that advocates for policy changes, such as background checks for all gun sales. It would also focus on working with gun owners on how to make gun ownership safer in order to make it harder for children to access guns, which often ends in tragedy. A public health approach would also focus on making it more difficult for individuals struggling with suicidal ideation to access firearms.

One example of an effective public health approach is the response to automobile-related deaths. Vehicles have been made safer through airbags and anti-lock braking, and roads have been made safer through better lighting and signage. Policymakers have enacted laws requiring the use of seatbelts and child safety seats and there has been greater enforcement of drunk driving and speeding laws.

A multi-pronged approach has made motor vehicle deaths drop 45% since 1975. Gun violence prevention advocates received some wonderful news when the federal government spending bill recently released included $25 million to be split between the CDC and NIH to research gun violence. It is the first time in 23 years that such funding has been approved. Advocates hope that the research that is funded will fuel a public health response to gun violence.

A community’s well-being is a key concern throughout the Bible. Jesus’ ministry included the healing of numerous individuals, which added to the health of the overall community. Jeremiah 30:17 finds God promising the restoration of health and healing of wounds to the people of Israel. It is clear that God longs for our communities to be healthy and thriving. Researching gun violence and a public health response are steps to healing for our communities.

Contact your members of Congress and thank them for including funding on gun violence as a part of the spending bill.