Give me your healthy, your wealthy, your huddled college graduates Tammy Alexander, Mennonite Central Committee U.S. Washington Office As the U.S. Congress considers legislation to protect Dreamers (undocumented immigrants brought to the United States as children) they are also debating a number of policies regarding what type of immigrants we should welcome into the United States. Some proposals would move us to a more merit-based system while limiting family-based and other forms of immigration. Limiting family migration could mean no longer allowing people to petition to bring their siblings, parents, or adult children to the U.S. Discussions also involve ending […]

Challenging false narratives about immigrants Tammy Alexander, Mennonite Central Committee U.S. Washington Office As the U.S. Congress decides whether to protect Dreamers—immigrants who were brought to the United States as undocumented children—policymakers are once again embroiled in a debate about the relative merits of different categories of immigrants. In September, the Trump administration announced the end of a program that protected Dreamers from deportation. Various bills have been introduced in Congress to restore these protections, including the Dream Act which would provide an eventual path to citizenship. The White House and some in Congress would like to pair the Dream […]

Peace on Earth, peace with Earth

Peace on Earth, peace with Earth Tammy Alexander, Mennonite Central Committee U.S. Washington Office An estimated 200,000 people participated in the People’s Climate March on April 29 in Washington, D.C., and thousands more participated in more than 300 sister marches around the country. Coming from various walks of life and marching for different reasons, everyone shared a concern for protecting the Earth and those who live on it. In the “Keepers of faith” section of the march in D.C. there were individuals and groups from many different faith traditions, including Christian, Muslim, Jewish, Hindu and Unitarian. Christian groups included Mennonites, […]

Welcoming immigrants and refugees Tammy Alexander, Mennonite Central Committee U.S. Washington Office Last week, President Trump signed three executive orders on immigration – one increasing border security and calling for the construction of a wall across the entire U.S.-Mexico border, another aimed at increasing deportations and other enforcement actions and a third temporarily suspending the refugee program and barring people from certain majority-Muslim countries from entering the U.S. All three paint a picture of immigrants as threats, criminals and a burden on society – when, in truth, immigrants contribute much to our communities, commit crimes at lower rates than their […]

What’s next on climate change?

Tammy Alexander, Mennonite Central Committee U.S. Washington Office After the recent U.S. presidential election, many advocates working to address climate change are wondering what the next year will bring. Last year, the Obama administration signed the historic Paris Agreement committing the U.S. to reduce greenhouse gas emissions and to provide funding to help vulnerable communities around the world mitigate and adapt to the effects of climate change. In contrast, during his campaign, president-elect Donald Trump questioned whether climate change is real, promised to pull the U.S. out of the Paris Agreement and pledged to expand U.S. oil, coal, and natural […]

One law for all

By Tammy Alexander Recently the U.S. Senate considered two bills related to immigration enforcement. Both bills were introduced in response to the death of Kate Steinle who was shot while walking on a pier in San Francisco last year. Reports indicate the man who shot Steinle, Juan Francisco Lopez-Sanchez, was not aiming at her but was firing recklessly and the bullet ricocheted. Lopez-Sanchez is an undocumented immigrant. The controversy that followed centered around whether local police should have held Lopez-Sanchez for Immigration and Customs Enforcement (ICE) officials after he finished serving a prison sentence earlier that year. More than 300 local […]

By Tammy Alexander, Mennonite Central Committee U.S. Washington Office Just before Christmas, the Washington Post reported that the Obama administration would begin a new series of immigration raids. Immigration raids are, unfortunately, not a new tactic for the administration (Operation Cross Check last year picked up more than 2,000 immigrants, including Mennonite pastor Max Villatoro). A troubling feature of these newest raids, however, is that they target women and children. In the past few years, the number of migrants seeking asylum—i.e., protection—from the three Central American countries of El Salvador, Guatemala, and Honduras has risen sharply. This refugee population consists […] 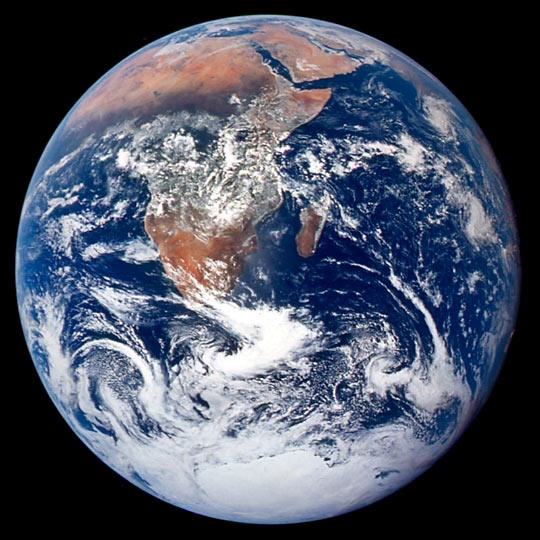 Paris climate talks could be a turning point

Tammy Alexander, Mennonite Central Committee U.S. Washington Office During the next two weeks, we could see an important turning point in global efforts to address the causes and effects of climate change. From November 30 through December 11, delegates from 195 countries will meet outside Paris, France, and, for the first time in more than 20 years, attempt to create a legally binding agreement to address climate change. In the year leading up to the Paris talks, many countries have made pledges to reduce their greenhouse gas emissions, with the goal to keep the rise in the average global temperature […]

The story of Iowa City pastor Max Villatoro captured hearts inside and outside the Mennonite Church this spring. Many were outraged when “Pastor Max,” as he became known, was picked up outside his home by U.S. Immigration and Customs Enforcement (ICE) agents and later unjustly deported to Honduras, separating him from his four U.S. citizen children. For others, Pastor Max’s case brought tension between the biblical call to welcome the stranger (e.g., Exodus 22:21, Matthew 25:35) and to follow the rule of law (Romans 13). One email I received asked: “Why was Max Villatoro here 20 years, but he still […]