A year of silence

Even as news of the coronavirus is rightfully on everyone’s mind, advocacy on long-standing concerns such as gun violence continues.

February 27, 2020 marked the one-year anniversary of the passage of H.R. 8, the Bipartisan Background Checks Act. It continues to sit untouched in the Senate, even as 39,740 people were killed by firearms in 2018. Passing H.R. 8 into law would make it more difficult for individuals such as the shooter in the West Texas shooting to acquire a gun. A survey conducted by Johns Hopkins Bloomberg School of Public Health showed that universal background checks received strong support from both gun owners and non-gun owners.

A common argument against H.R. 8 is that our gun laws are already strong enough and just need to be enforced better. Our existing laws have loopholes that need to be fixed. One of the loopholes that H.R. 8 would close off would be what is known as the “private sale exception” which enables private sales to be completed without a background check. 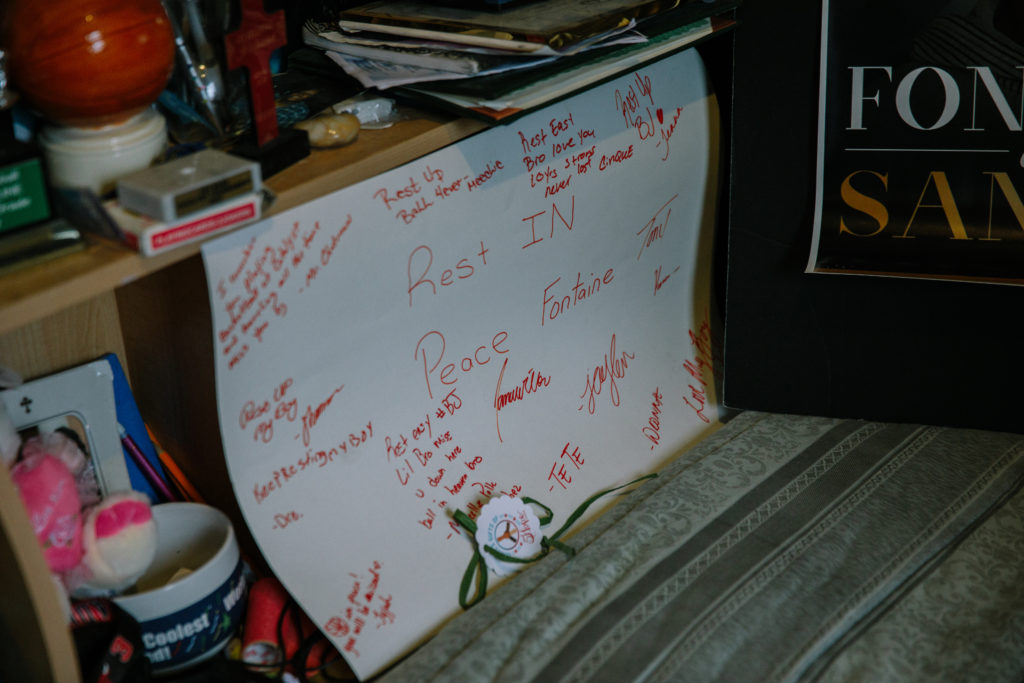 An honorary sign sits at the foot of the bed belonging to Fontaine “BJ” Sanders. BJ was shot and killed as he walked to Franklin Park to play basketball with his friends, just days before his 20th birthday. MCC photo/Sarah Severns

The Senate’s inaction on guns, despite the number of lives that have been lost, demonstrates how much power guns have over our lives. In a sense, guns have become idols. Exodus 32 says God was enraged at the Israelites for creating and worshiping a golden calf in place of God, who led them out of Egypt. God says, “they have been quick to turn aside from the way that I commanded them; they have cast for themselves an image of a calf, and have worshiped it and sacrificed to it” (Exodus 32:8). When we turn to weapons for safety, we make guns (and the right to own them) the object of our devotion, instead of God. May we seek our safety and security in God alone.

Please urge your senators to support S. 42, the Senate equivalent of H.R. 8.