As 2020 draws to a close, we are waiting for so much, from Zoom breakout rooms to begin, to shared meals around a table with loved ones, to safety from conflict, to a vaccine that reaches all of us. It is easy to become paralyzed as news stories of devastation and restrictions flash across our screens. As the heaviness and limbo intensifies, it is only fitting that we are entering into the season of Advent, of collective waiting for new birth and the coming of joy, peace and justice.

Our Advent waiting is marked by rich traditions which help to ground us in this time and connect us to our surroundings. One of my favourite Advent celebrations is Colombia’s Noche de Velitas (Night of the little candles) on December 7th. During the evening, the darkness is set ablaze with the light of a thousand candles. In Bogota and small towns around the country, everyone pauses for a moment. Each year, Colombians take part in this tradition to light Mary’s way to the stable where she will give birth. The simple act of touching flame to wax is an act of hope in transformation and in continuity. Those who hold the candles show the way for the world to be born once again. 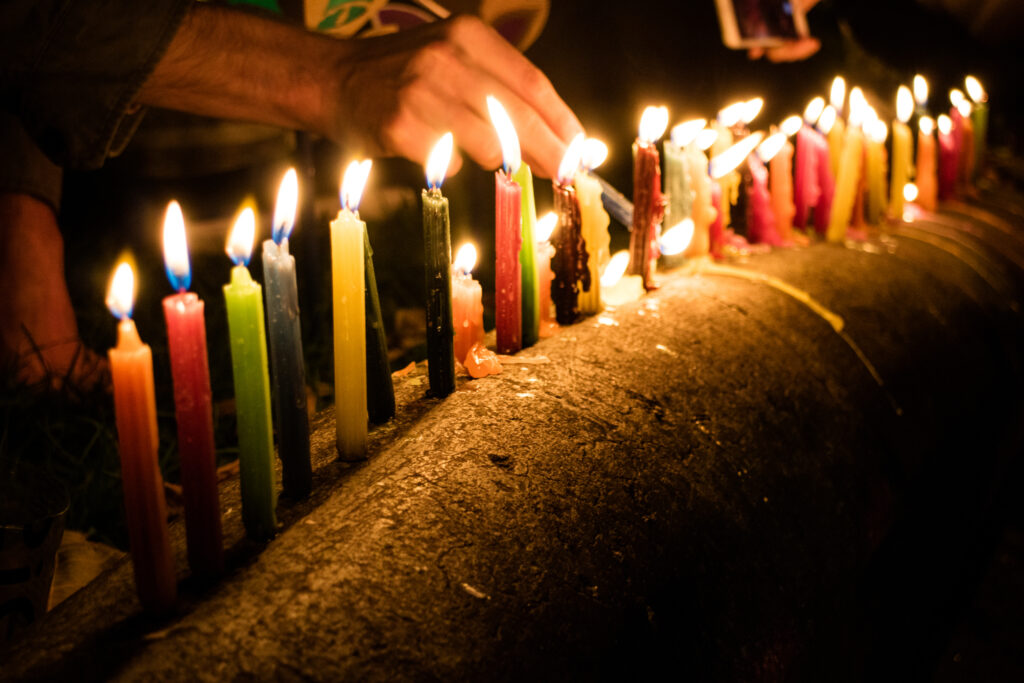 On December 7th, Colombians gather to celebrate Noche de las Velitas or Night of the Little Candles. Here, families and friends in Bogota light candles to help Maria find her way to Bethlehem to give birth. Photo taken before the COVID-19 pandemic. (MCC photo/Anna Vogt)

Before moving to Ottawa 2 years ago, I served with MCC in Latin America for a number of years. Even though I no longer live in Colombia, I often gather with others here in Canada to celebrate Noche de Velitas together. Part of this ritual of care is to light candles for those we love and situations we want to remember. This year, beyond an overwhelming longing to see my family in person, my heart is heavy over the impacts of hurricanes Eta and Iota in Central America. My WhatsApp notifications have pinged constantly over the last month with news of devastation and photos of familiar places covered in water. On December 7th, I will light a candle and remember those who have been impacted by these natural disasters.

The intensified weather patterns that Central America is experiencing can be attributed to climate change. The Inter-Governmental Panel on Climate Change forecasts that Central America will experience more frequent and severe droughts and flooding because of climate change. To make matters even worse, the recent hurricanes have devastated crops right before harvest. While some current displacement is temporary, there are already reports of increased migration related to the hurricanes internally and outside of Central America as the storms’ impacts increase poverty and already existing instability. Millions of people are affected and will be affected by the long-term impacts.

Yet along with devastation, there are many stories emerging of how communities are responding and supporting each other. In Honduras, several congregations of the Iglesia Evangélica Menonita Hondureña (IEMH; Honduran Evangelical Mennonite Church) quickly responded by providing three shelters for about 200 people in or around San Pedro Sula who had to evacuate. One volunteer in San Pedro Sula, Judith Lemus, who was evacuated from her home because of Hurricane Eta, became an integral part of the team that coordinated services at the shelter. She returned to her home to clean out the mud, only to be forced to return to the shelter where she continues to volunteer after being evacuated a second time because of Hurricane Iota. She returned to the same shelter and started volunteering again. 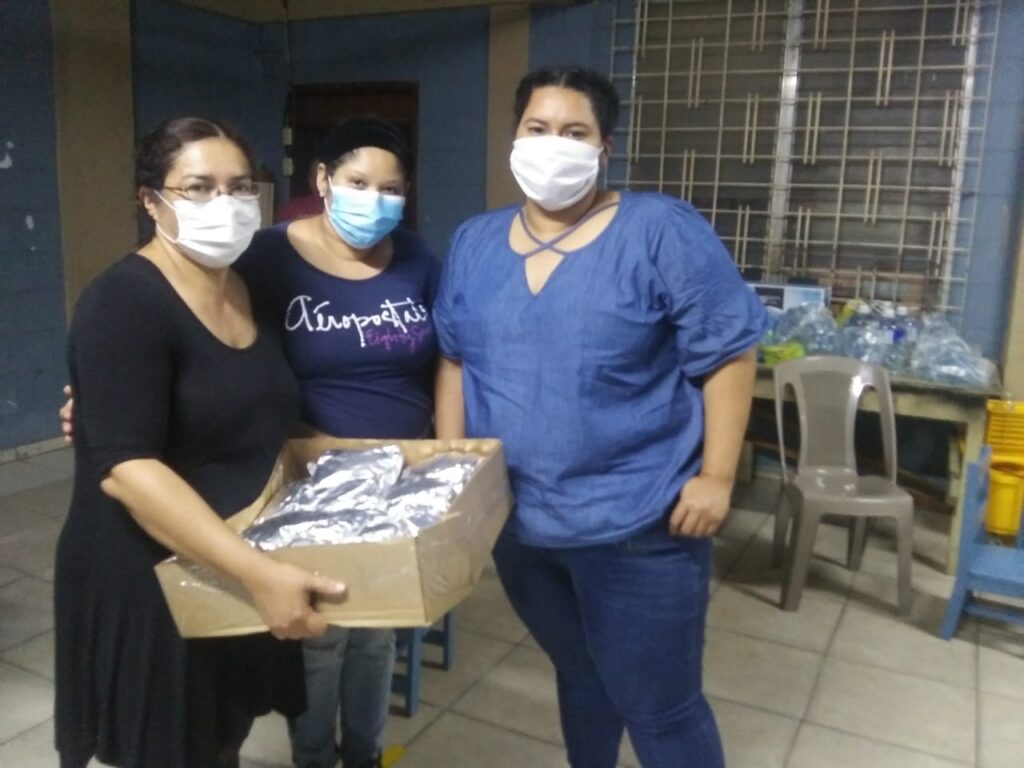 Volunteers, left to right, Judith Lemus, Andy Ninoska and Nallely Cabrera are ready to distribute baleadas, a bean, egg and sour cream burrito, to people staying at a shelter in San Pedro Sula, Honduras. Lemus, who was evacuated from her home for both hurricanes, became an integral volunteer at the shelter. (Photo courtesy of Edgardo Vaca)

I am especially struck by the response of the Chamelecon Mennonite Church, Vida en Abundancia (Life in Abundance) in San Pedro Sula. As waters rose, community and church members sheltered in the second floor of the church’s school. As they watched the floodwaters cover their homes, they sang together about their trust in God and their hope for the future. You can listen to the story behind their song on MCC’s podcast.

I am a firm believer in rituals, songs and lighting candles, not because it changes the world, but because it changes my ability to see my place in the world, and that changes everything. The simple act of lighting a candle on December 7th is an expression of a willingness to participate in bringing about the Christmas story. To sing together as a community while witnessing the devastation of a hurricane and waiting for rescue is an act of faith that builds relationships. We are waiting, but we are not passive. Together, as we confront the impacts of a changing climate and a pandemic, we care for one another and we sing together.

I have found advocacy and engagement around climate change to be another life-giving ritual of care during this season of waiting and a way to participate in Canada in bringing about the justice and peace promised by the coming of Advent. What if we considered our actions in reducing consumption and encouraging our government to uphold the Paris Agreement as activities to help birth those promises into being, activities that not only shape our context, but change the way we see the world as well?

Doing so with others can also be a beautiful response to move beyond paralysis and build relationships. Just like singing or lighting a candle, creating spaces of conversation about a changing climate creates a space to move forward, in hope rather than fear, as a community.

MCC is part of an ecumenical climate justice initiative, For the Love of Creation. Members of the initiative have created resources to facilitate dialogue on climate change to encourage small group conversations on the following topics:

Building a Better Future – Meant for people who have already been involved in climate action at some level, this guide focuses on enacting political and systemic change to address the climate emergency.

As the weather turns to winter and we are increasingly confined to our homes, I want to continue to be reminded of the power of waiting for what is to come but living as if it were here. In doing so, we can engage in ways that change how we see the world and the possibilities for engagement. Together, in our conversations and in our activities, let us engage in rituals and actions that light the way for all of us who are seeking justice and looking for peace this year. A baby is waiting to be born.

Anna Vogt is the Director of the Ottawa Office