In Luke 5, a man with leprosy approaches Jesus and, with his face to the ground, he begs to be healed, pleading, “Lord, if you choose, you can make me clean” (Luke 5:12). To put the story in context, Mosaic law required people sick with leprosy to rip their clothes, live away from the city and shout: “Unclean! Unclean!” to any passersby (Leviticus 13:45-46). Contrary to what the law required of him, this man approached Jesus.

Some of the people with Jesus that day were likely offended because the man was “breaking the law.” But Jesus did not punish him, nor did he send the man away. Jesus recognized the dignity of the man, who was a human being like any other. By reaching out his hand and touching him, Jesus healed the man, saying “I do choose. Be made clean” (Luke 5:13).

This act of touching the leper would have made Jesus legally impure. But by touching him, Jesus was showing the priority of one person’s suffering over strict adherence to the law. In this act, Jesus not only restored the man’s health, but also his dignity. 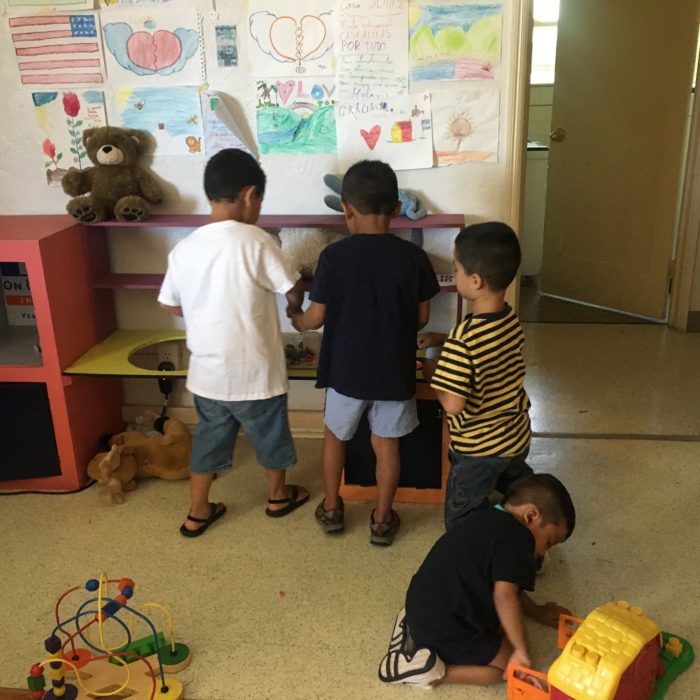 Children play with toys at MCC partner Casa Alitas, a house in Tucson, Arizona, where asylum seekers can rest for a few days between being processed by Immigration and Customs Enforcement officers and connecting with family and friends. MCC photo/Katherine Smith

Immigrants coming to the U.S. border today asking for safety are being told that, according to current laws or policies, they cannot find that safety here. Migrants seeking legal asylum wait for weeks to cross the border, then are sent back to Mexico for months to wait for their court hearing or are placed in detention centers in the U.S. Many are not getting a fair hearing in front of a judge before being sent back into dangerous situations.

Asylum seekers bring with them many scars, seen and unseen. They seek healing from the persecution, violence, corruption and poverty that has infected many of their communities. They come to the U.S. to plead for help and relief for their condition but, rather than finding safety and healing, many face additional harm and trauma. Rather than being treated with dignity they are often maligned and mistreated by U.S. immigration officials and by immigration police and criminal organizations in Mexico.

Instead of working to make them whole, U.S. policies toward migrants include border walls to prevent their passage, mass detention in unsuitable conditions that can last months or years and family separation.

In many ways this fails to follow the example of Jesus to provide relief and restore dignity, to give priority to the human being, regardless of a person’s condition or place of birth. As Christians, we believe that all people, including immigrants, are made in the image of God and deserve to be treated with respect and dignity at each part of their journey.

Ask your members of Congress to welcome those seeking asylum in the U.S., to cut off funds for detention centers and border walls, and to craft laws that embody a more dignified response to immigrants.