Take up weeping and wailing for the mountains,

and a lamentation for the pastures of the wilderness,

because they are laid waste so that no one passes through,

and the lowing of cattle is not heard;

both the birds of the air and the animals

Along the San Pedro River, the last free-flowing river in Arizona, trees are being cut down in preparation for border wall construction across the river. A 30-ft bollard wall structure might effectively dam the river and cause flooding during the summer monsoon. 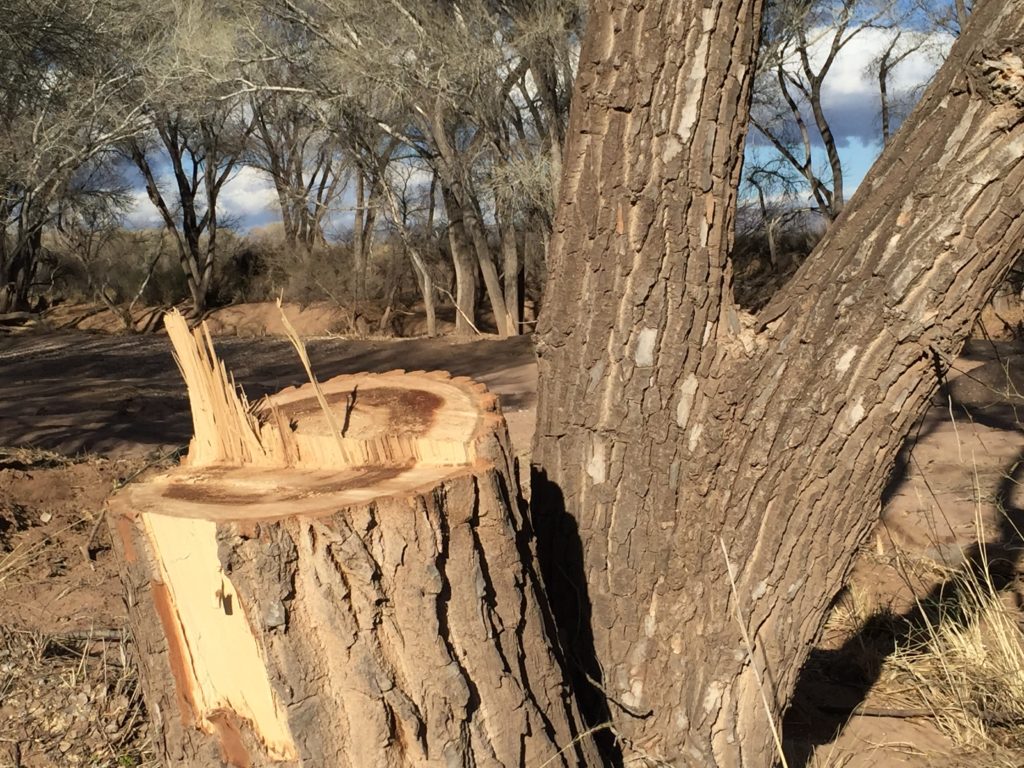 A cottonwood tree partially chopped down in preparation for border wall construction across the San Pedro River. Feb. 3, 2020. Photo by Laiken Jordahl, Center for Biological Diversity.

In Organ Pipe Cactus National Monument walls are going up near Quitobaquito Springs, the only reliable source of surface water for 50 miles in any direction. A handful of species are found only at Quitobaquito. Wildlife trapped south of the wall will be cut off from water, food and potential mates. Millions of gallons of groundwater are being extracted to pour concrete foundations for the wall and could dry up such springs entirely.

Last fall, construction unearthed human remains believed to be ancestors of the Tohono O’odham people. According to the National Park Service, construction in Organ Pipe Cactus National Monument alone will damage or destroy more than 20 archaeological sites, some of which date back 16,000 years.

Sweeping waiver authority granted in 2005 allows the Department of Homeland Security to waive any law to speed construction of border barriers. As a result, DHS is under no obligation to consider the impacts of wall construction on water, wildlife, sacred sites or human communities.

Border wall construction has already begun in Organ Pipe, the best preserved Sonoran Desert ecosystem, and in the San Bernardino Wildlife National Refuge and the San Pedro Riparian National Conservation Area, two of the most biodiverse and rare desert water systems in the Southwest. Walls are being erected in public lands first, not because there are more unauthorized border crossings in these areas, but because it is easier to build on federally controlled lands rather than going through a cumbersome eminent domain process. 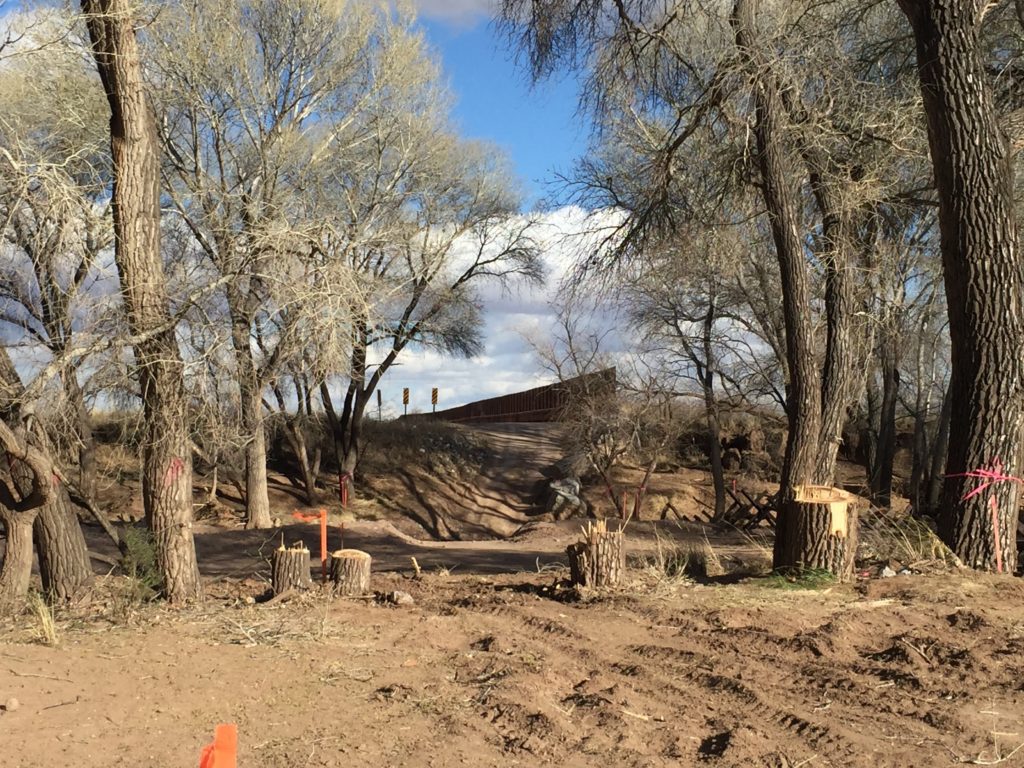 In January, an appeals court cleared the way for construction, allowing the administration to use funding it had transferred from military accounts, now totaling $14 billion. There will likely be 400-500 miles of new wall by November, most of it across sensitive wildlife habitat. Some of the construction involves replacing existing “vehicle barriers,” which allow for the free flow of water and wildlife, with 30-ft bollard walls that do not.

Border wall construction is not only a symbol of overzealous security and xenophobic immigration policies but is also a willful destruction of God’s creation. Tell your members of Congress to stop funding border walls, to stop fund transfers and to revoke the waiver authority.

It is indeed a time to lament for the wilderness that is being laid to waste (Jeremiah 9:10). It is also a time to educate members of our communities and members of Congress about what is happening. We can pray and hope and work toward a better future—a future where walls will be torn down and human communities and wildlife habit restored.