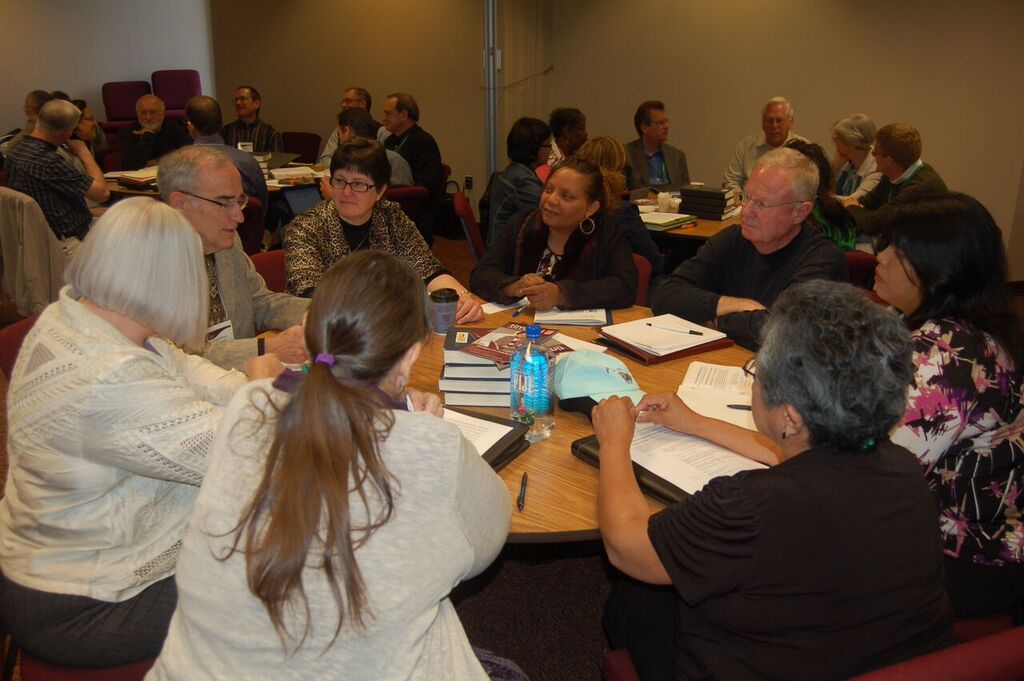 Early Anabaptists sought to be in covenant with each other in Christ-centered community. This grew out of recognizing that Jesus began his own ministry by forming a community around him. Community is a strong antidote to the individualism and indifference of modern culture, and it brings together neighbors who are too often strangers.

Christ-centered community (From What Is an Anabaptist Christian? by Palmer Becker)

1. Forgiveness is essential for community.

Jesus came that we might have life and have it more abundantly. He prayed fervently that we would be one with each other even as he is one with the Father. A warm sense of community and all the benefits pertaining to it emerge when members of the body of Christ are committed to asking each other for forgiveness. Confession and forgiveness remove the barriers that prevent fellowship with God and with each other. Anabaptist Christians believe that forgiveness is essential for creating and nurturing community.

The turning point in resolving an offense usually comes when one party sincerely repents and asks for forgiveness. Unfortunately, in the non-Christian world, attempts are made to forget without forgiving. Often, denial and defensiveness take the place of honest confession and forgiveness.

2. The Scriptures are interpreted in community.

Other Christians see trained pastors, priests, and instructors as being the only ones who are capable of properly interpreting the Scriptures. As a result, lay people often neglect personal study and application. Christians from an Anabaptist perspective believe that the Scriptures need to be studied both privately and in the context of a Spirit-guided community where fellow believers give and receive counsel. Generally, community members who come together in small groups, classes, and conferences in the Spirit of Christ can best determine what a Scripture is saying to them about a particular situation.

3. Community is experienced in face-to-face groups.

The church has sometimes been described as a two-winged bird. One wing represents the larger worshiping community where vertical relationships with our transcendent, holy God are emphasized. The other wing represents small face-to-face groups where close horizontal relationships are emphasized. Both wings are needed. Some aspects of Christian living happen best in relational groups of twelve or fewer people. This is often true as we give and receive counsel, discern gifts for mission, and have fun and fellowship. Healthy congregations are structured for community. They are often networks of small groups. Some would go so far as to say that the small group is the basic unit of the church.

In summary, Christians from an Anabaptist perspective experience Christ-centered community as the center of their life. They tend to see:

Africans have a thing called ubuntu, which is about the essence of being human. It is part of the gift that Africa gives the world. It is about embracing hospitality, caring about others, being willing to go that extra mile for another. We believe that a person is a person through other people. My humanity is at once bound up inextricably in yours. When I dehumanize you, I inexorably dehumanize myself. The solitary human being is a contradiction in terms, and therefore you seek work for the common good. Your humanity comes into its own in community and in a sense of belonging.

“While they were still incredulous for joy and were amazed, he asked them, “Have you anything here to eat?” They gave him a piece of baked fish; he took it and ate it in front of them.” Luke 24: 41-43

Jesus interacted with many of his friends, followers, and even “sinners” gathered around food. His first meal after his resurrection finds him asking for food. Sharing around tables and food is one way so many experience Christian community and human fellowship.

Two blogs at contrasting ends of the community spectrum of Mennonites can be found linked below.

Mennonite Girls Can Cook blog and cookbooks combine great Mennonite cooking, hospitality, faith and family. Nine women in Canada and the U.S. contribute to the blog and books, with new posts daily.

And the award goes to…

Mia and the White Lion